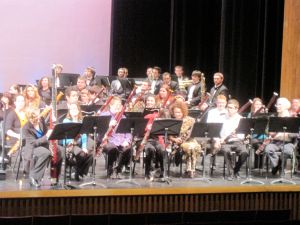 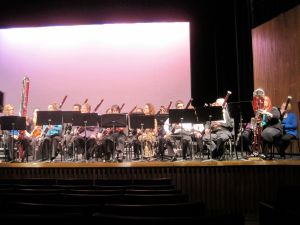 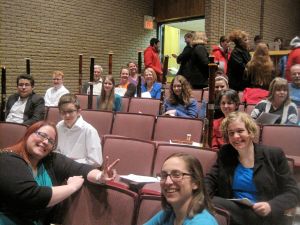 As part of Monday night’s Friends University Band concert, nineteen bassoons (including two contrabassoons) were played together on the stage of Sebits Auditorium.  Stix, the performing arm of the Wichita Bassoon Society, was joined by guest artist Nancy Goeres.  They performed Daniel Baldwin’s charming Echo of the Spheres (scored for four bassoon quartets) under the direction of Dr. John Taylor.  What kind of encore could follow such a piece? Leroy Anderson’s Bugler’s Holiday, of course!

UPDATE: Video of the two pieces can be found here and here.